Cascade Metrix [CMX] in partnership with Purdue University’s Pharmacology Testing Facility (West Lafayette, IN) conducted a 3-day pilot study on two pigs. The study purpose was to inform the design and assess performance of the ex-vivo automated glucose monitoring system (AGMS) prototype developed by CM (see Figure 1). At user defined measurement intervals, the device withdraws blood from the subject’s vascular line for measurement across a flow-through glucose sensor followed by complete reinfusion of the blood. Before each measurement the system performs an automated calibration. The study was conducted from March 21-24, 2016. 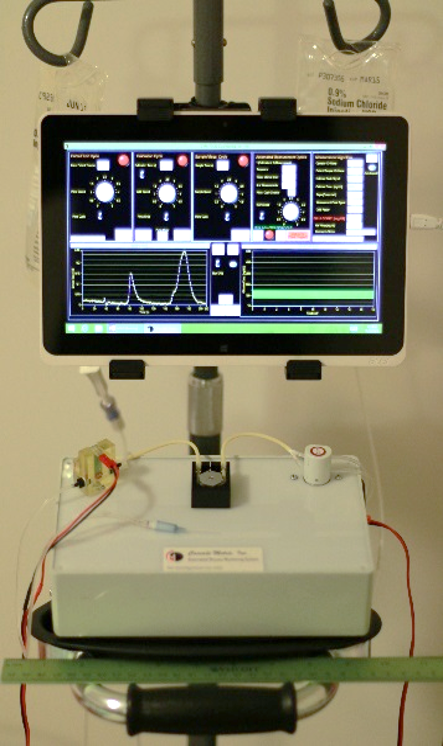 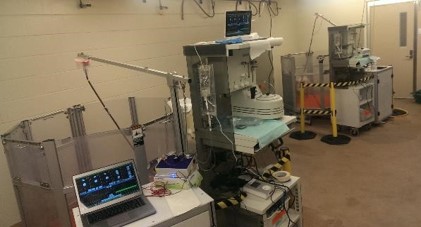 Central venous catheters were surgically placed in the jugular veins of the pigs. Each pig was tethered to a device using a 10 feet long micro-bore tubing. There were 2 devices [Dev1 and Dev2]. For Dev1, the flow-through glucose sensor was placed proximal to the subject secured to the tubing, while for Dev2, the flow-through sensor was placed proximal to the device enclosure. There were 2 fluid bags filled with non-heparinized buffered saline. One bag was used for rinsing, while the other was for calibration [100 mg/dl reference]. Both the devices were controlled from a single Tablet PC. The study period was 72 hours.

Results: Dev1 was able to perform the automated sampling routine for the entire 3 day period. Dev2 on the other hand encountered sluggish blood flow on Day 2, likely due to the long blood flow path of 10 ft. for each measurement cycle. The sluggish flow was resolved through a manual flush (thereby opening up the thrombus sheath) and by bring the flow-through sensor proximal to the subject (thereby reducing the blood volume required to be drawn out of the subject).

On day 3, an intravenous GTT (Glucose Tolerance Test) study was done on the pigs. 30ml of D50W was infused into the pig’s central line and multiple reference measurement were performed during the study [Figure 2].

Figure 3: Infusion of Dextrose for the Glucose Tolerance Study

The results from the GTT study are shown in figure 3 and figure 4 below. The glucose as measured by the device is shown in BLUE, while the reference glucose measurements are marked in RED. 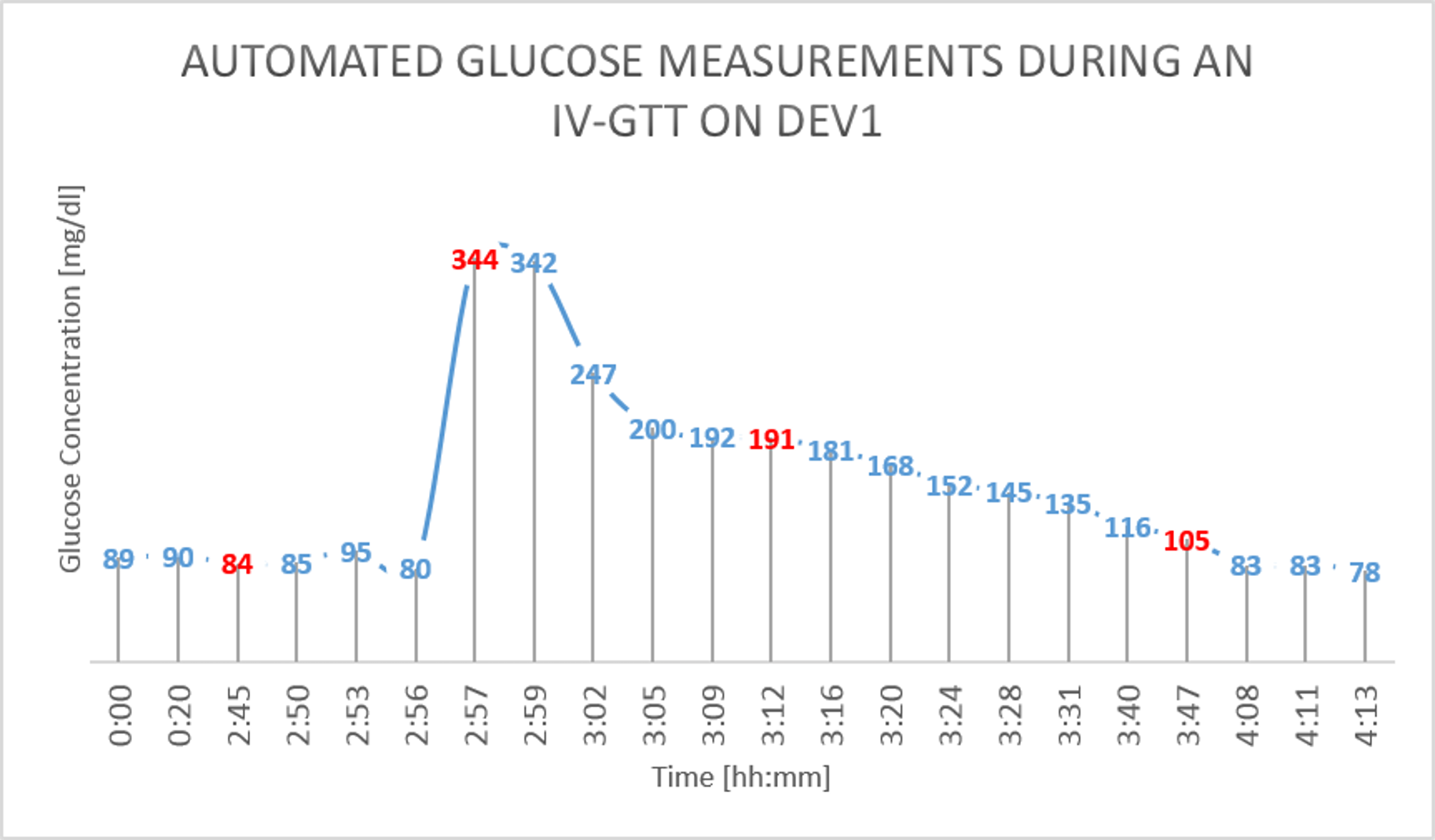 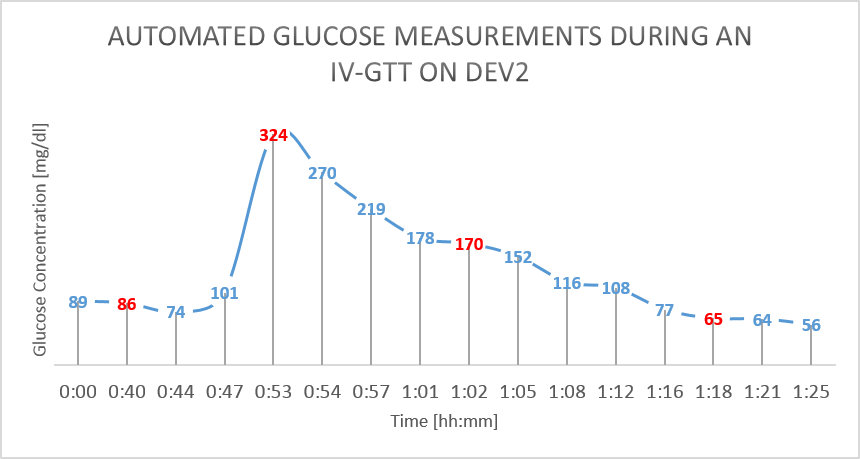 Conclusion and Next Steps: The study demonstrated the reliability of automated sampling and glucose sensing in tethered pigs over a 3-day period without the need for heparin infusion. It is imperative that the blood volume drawn out of the subject is minimized by securing the flow-through sensor as close to the subject as possible. This will minimize the risk of thrombus sheath formation at the catheter tip. Additional studies on small animals [pigs, dogs, and cats] are indicated after implementing the device design changes identified from this study.